Water is life’s matter and matrix, mother and medium

Botswana is a land-locked country with a small population of 2.2 million people, making it one of the most sparsely populated countries in the world. A significant portion of the country is the Kalahari Desert.
Botswana faces major drought problems with three quarters of the country’s human and animal populations dependent on groundwater. Less than 5% of agriculture in the country is sustained by rainfall. 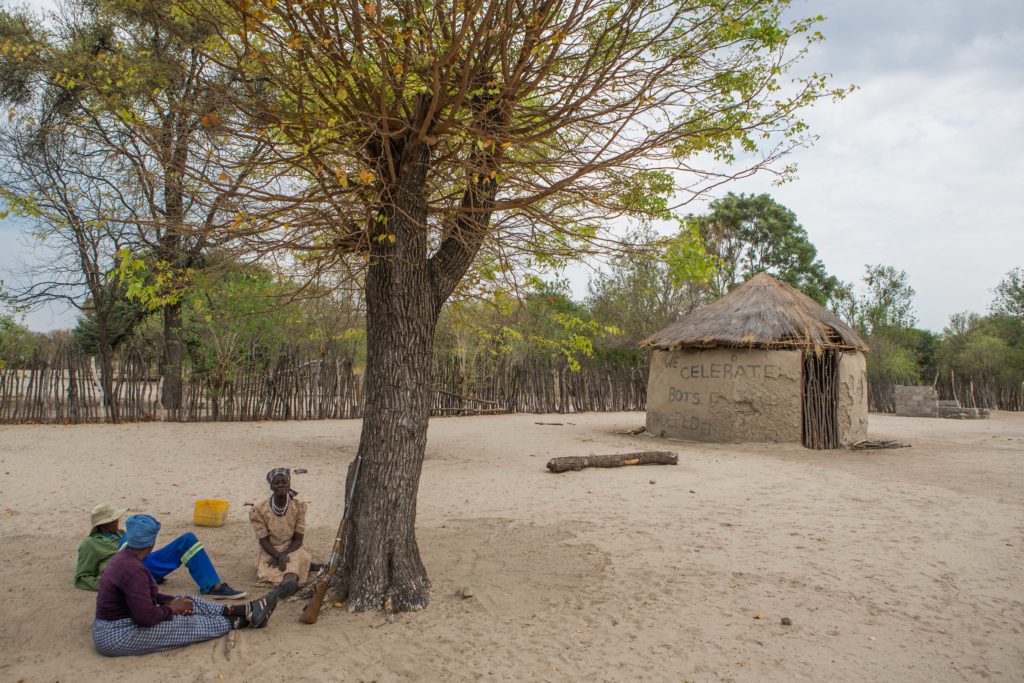 Bordering one area of the Okavango Delta are two isolated communities, called Gogomoga and Tsutsubega. These settlements are very small, consisting of between 300-500 people in each village, and as a result, not officially recognised to benefit from Government services and infrastructure. There are no schools or shops, and no power supply. The villages are an hour and half drive from the road, along an informal track, and across a small bridge created from branches and mud. Prospects for employment in the area are non-existent except and access to the park to harvest resources such as fish and grass to support themselves and their families is blocked. Many of the young adults have left in search of work so that the villages consist mostly of elderly people and children – the most vulnerable groups.

Gogomoga and Tsutsubega are suffering immensely from Botswana’s lack of rainfall, as they have no other nearby access to water. The stark reality is that where there is no water, there is no life; crops cannot grow, cattle and other livestock cannot survive, and nor can humans. Desperate for water, unclean, unsafe sources are relied upon, passing water-borne illnesses which is a common cause of death for young children.

Africa Foundation is raising funds to drill a borehole in a central location within each community, that will be accessible to all village members. It will run on a solar powered pump, and will be fenced to protect the pump and equipment from damage caused by roaming animals, or theft.

With funds raised for the community of Gogomoga, we are now focused on securing the money to support Tsutsubega.